It is strongly recommended to perform either or both actions below on your Time Navigator HSS drive configuration. 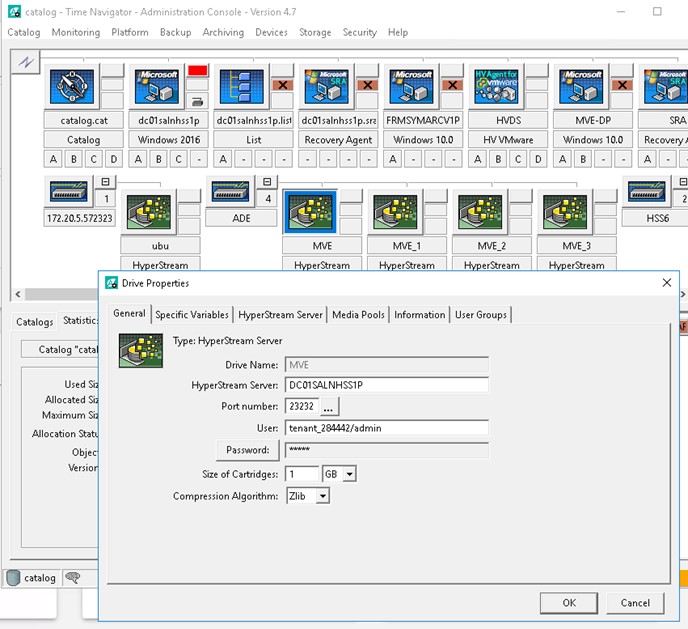 Or using the new web-interface

2 Remove the environment variable  mirror  from the drives

Optionally you might want to set the debug variable to 1 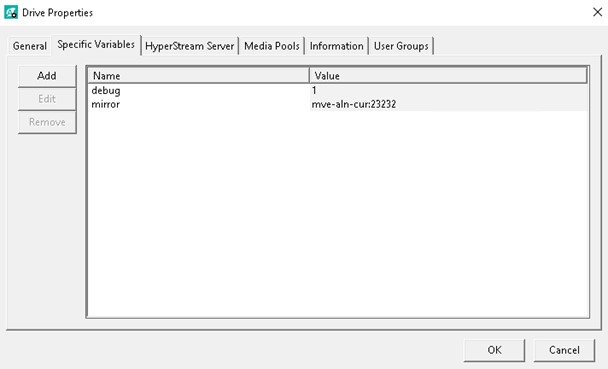 Or with the web 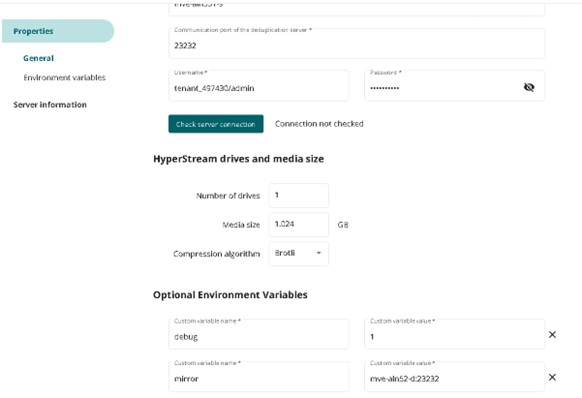 You should remove the mirror variable unless you have older Tina agents that would not have the cache mechanism implemented.

We do recommend to set the debug variable to 1 on the drives at least for initial testing of the failover as this will give additional logging in the Tina events on how tina is selecting the target for the backup and restores.

Tenant name can be found as shown below

Note : the target of a replication tenant is colored RED on the replica 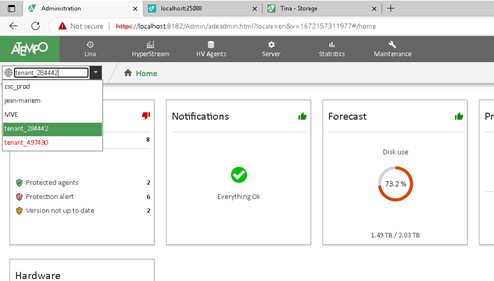 Version 5.0 of ADE introduced the notion of tenants in the product

The replication takes advantage of tenants and can operate on the tenant level.

However in versions prior to 5.0 tenants did not exist and steps were taken to allow upgrades to convert to the new model smoothly.

When a replication target is created you will notice that on the target a tenant is created in read_only mode with the  name of the source tenant. Behind the screens the user/password information is also replicated and streams or Lina databases will get replicated as being positioned in this tenant.

This is true for both Global and Selective replication.

Version 5.0 also introduced HVDS-2 and with Time Navigator 4.6 the HVDS-1 data was converted to HVDS-2 during the upgrades.

One of the benefits of HVDS-2 is the ability to fail-over to the replica automatically when the source ADE server was out of order as was already the case with HSS.

”mirror” that carried as a value the hostname:port of the replication target.

With 5.x and time Navigator 4.6.5 a new mechanism was introduced to provide that information to the tina agent although the old drive parameter continues to operate.

The new mechanism creates a hidden cache file on the agent performing a backup to HSS to indicate the mirror configuration (hostname, ports and tenant) this allows HVDS-2 to operate the same way even though HVDS-2 does not use tapes or drives.

We use cookies on our website to give you the most relevant experience by remembering your preferences and repeat visits. By clicking “Accept All”, you consent to the use of ALL the cookies. However, you may visit "Cookie Settings" to provide a controlled consent.
Read MoreCookie SettingsReject AllAccept All
GDPR Settings

This website uses cookies to improve your experience while you navigate through the website. Out of these, the cookies that are categorized as necessary are stored on your browser as they are essential for the working of basic functionalities of the website. We also use third-party cookies that help us analyze and understand how you use this website. These cookies will be stored in your browser only with your consent. You also have the option to opt-out of these cookies. But opting out of some of these cookies may affect your browsing experience.
Necessary Always Enabled
Necessary cookies are absolutely essential for the website to function properly. These cookies ensure basic functionalities and security features of the website, anonymously.
Functional
Functional cookies help to perform certain functionalities like sharing the content of the website on social media platforms, collect feedbacks, and other third-party features.
Advertisement
Advertisement cookies are used to provide visitors with relevant ads and marketing campaigns. These cookies track visitors across websites and collect information to provide customized ads.
Analytics
Analytical cookies are used to understand how visitors interact with the website. These cookies help provide information on metrics the number of visitors, bounce rate, traffic source, etc.
Others
Other uncategorized cookies are those that are being analyzed and have not been classified into a category as yet.
Performance
Performance cookies are used to understand and analyze the key performance indexes of the website which helps in delivering a better user experience for the visitors.
SAVE & ACCEPT
Skip to content